Lesson One – The Goals Of RCT Level Three

This is Race Car Technology – Level Three. It has the best information for setting up a race car you will find anywhere and better than any other source you will come across. I say that with conviction, and here is why. This course will cut no corners. In this course, we will present information and techniques that if followed, will vastly improve the programs for most race teams. For the others, it will provide you with performance you never thought possible, even if you are already a championship winning team.

In this course, we’re not going to hold back We are going to tell it like it is, and back up what we say. You didn’t spend your hard-earned money for anything less. Now I am going to make some significant statements and then provide proof of those statements. 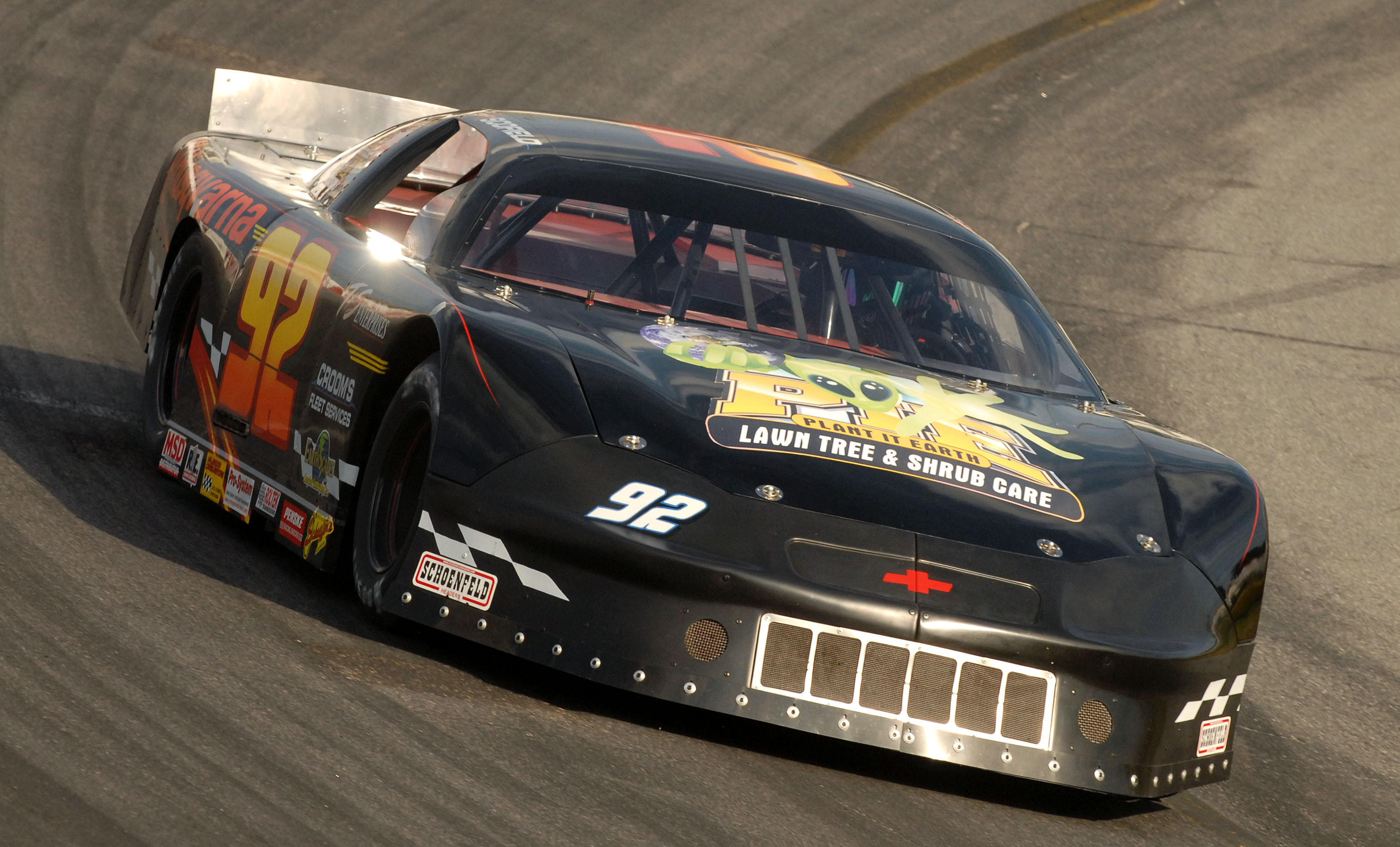 The goals for designing our race cars are basically the same be it a formula road racing car or a late model circle track car. Performance gains in the slower portions of the track cause all of the speeds to increase around the track including on the straights.

Statement Number One: Roughly 99% of the crew chiefs, race engineers, or whomever, who are in charge of setting up a race car do not know how, and do not have the tools, to setup a race car without trial and error. They are very often very good at recognizing various conditions and reacting to them, but they still utilize trial and error.

Around 15% of those 99% are decent at tuning their race car setup to the point of winning, sometimes. The other 85% are just along for the ride.This sounds harsh, but it is true.

The proof is found in this observation. How many teams at a typical local level race track win during the season, 2, 3, 4? Out of 15 to 25 entries? That is anywhere from 8 to 20% +/- of the teams that show up that are capable of winning and even then, they don’t win all of the time.

What about in the most expensive form of motor racing where hundreds of millions of dollars are spent each year and where the most educated engineers and technical chiefs reside? On a good race day, only three or four Formula One cars out of twenty-four are competitive and in a position to win for a 12.5% performance rate. Most of the time it is two cars for an 8% performance rate.

It is very hard to explain how, with all of those resources, can the bottom 25% of the cars be a full two to three seconds slower than the leader on the same tires? A tenth of a second for an average F1 race track is about 15 feet in one lap. If you are one tenth faster than another car, you will gain 15 feet per lap. Two seconds is 20 tenths. 20 times 15 is a whopping 300 feet PER LAP that the fastest car gains, or moves ahead of, the back 25% of the cars, on the same tires.

If you follow F1 and watch closely, some of those same bottom 25% cars actually have very quick straightaway speeds. The gains that the leaders have are through the slower turn portions of the race track where the aero downforce is lowest because the speeds, something aero needs, are much less. True performance is all about mechanical grip and few of these teams have maximized mechanical grip.

If all of that educational power and knowledge gained through higher education was correct and perfect throughout that industry, we wouldn’t see this much difference in performance. Obviously, many of these engineers lack the knowledge and the tools to get the job done. 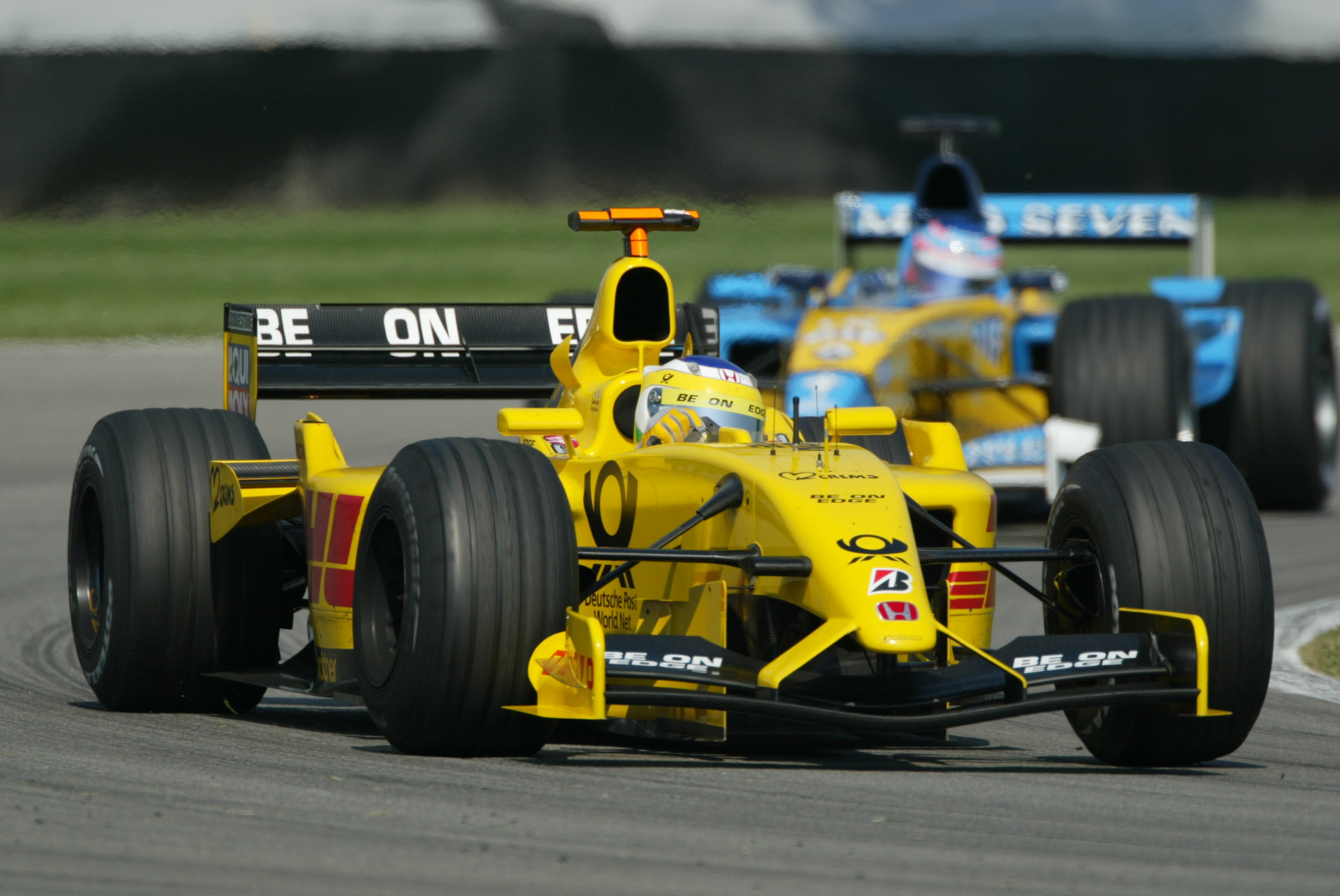 We often think of the formula one cars as being the ultimate race cars and perfect in every way. If that were so, then there wouldn’t be a two second gap between the fastest and slowest cars. There must be a difference in designs that causes that huge gap in speeds. We like to think it is lack of mechanical grip that makes not only the slow turns faster, but the entire lap.

Statement Number Two: Many of the teams that do win do not get the most performance out of the car. How do I know this? By experience. Just because a team wins does not mean that car is as fast as it could be, it’s just faster than the rest of the competition, in that race, at that race track.

Major track championships and major series championships have been won by setups that are not the best they can be. This is because the person in charge of the setups didn’t have the knowledge and/or the tools to be able to setup the race car to be the best it could be.

Here are a few examples of how I learned that fact as I progressed in my racing career for over twenty years.

Example 1 – I provided a different Daytona setup for a Cup car in 1995 for a previous winning crew chief of the Daytona 500 and the car gained three miles per hour. This crew chief won that race four years prior to that test session and back then the cars had not changed much in those four years. Even if they had, this was a top crew chief in Cup. He didn’t have the tools to be able to do that himself.

Example 2 – I have recent experience with a multi-time (4) series championship winning crew chief in a major NE series who when provided the right tools found out his car was setup tight for a long time. He never had the tools to learn that himself.

Example 3 – I engineered the car for a top Midwest asphalt super late model team running the top series in that region in 1999 and won the first race of the year going away. The driver almost lapped the entire field, something that was unheard of back then in that very competitive series. The crew chief didn’t have the tools to do that himself.

Example 4 – I re-engineered a sophisticated prototype race car running in the top road racing series in America in the early 2000’s.This car was perfect in fit and finish and had very good aero properties. But it wasn’t setup right. The designers did not have the tools or the knowledge to do it, regardless of the PHD degrees. After we changed it, the car started running up front and won. The designers did not have the tools to do that themselves.

Example 5 – In 1996 I was able to work with a top winning dirt late model team at Eldora Speedway testing for the World 100 race. We introduced a setup that was much different than what those cars were running in those days. Billy Moyer, Sr. won both the World 100 and the Dream at Eldora, going away, that year with that setup. The other teams did not have the knowledge or the tools to do that.

It’s not the desire of the crew chief or engineer, nor the effort that keeps them from setting up the race car as good as it can be, it is the lack of knowledge and tools that holds most crew chiefs back. The education for motorsports engineering is not what it could be in today’s racing world.

IN THIS COURSE, WE WILL GIVE YOU THE KNOWLEDGE AND THE TOOLS TO GET THE JOB DONE. IF YOU PAY ATTENTION YOU WILL BE ABLE TO SETUP A WINNING RACE CAR.

What We Will Learn In Level Three -As we start Into this RCT Level Three course, we would hope that you have completed Levels One and Two. In those Lessons, we learned about all of the parts and pieces of a race car, and we also learned how to adjust and position all of those parts so that they can work together and not hinder the actual race day setup. So, now we come to the actual setup part and how the winning teams perform their magic. We will setup actual race cars.

I say it is magic, but it is not really magic at all. It is knowing what to do, in what order to give the car what it wants, and that is a setup that takes advantage of proper alignment, mechanical balance and tire contact patch optimization.

When we get the car as low as possible giving it a low center of gravity and better aero, and when we arrange the spring rates and moment centers so that the load distribution on the four tires is ideal, and when we create the optimum geometry so that the tire contact patch is as large as possible, we will then have a winning race car. All you have to do after that is drive it to victory.

In this Level Three Course, we will show you how to do all of the above, exactly like every winning team does it, or at least how they should. Even winning teams get some of this wrong. But how do they win, you might say? They win because everyone else they are racing against isn’t 100% right either.

The winning team is often at 90-95% of the perfect setup, when everyone else is 85-90%. So, there is room for you to improve your race cars setup and beat those dominant teams that are not all that they can be. That is a true statement and the Founders of this school have experienced that and lived that their entire careers. We have gone out and beat teams that thought they were unbeatable.

One critical component in doing well in racing and being successful is consistency. What we will strive for in this school is impressing on you the fact that you have to keep everything under control and in optimum condition. We can never let any of the settings or routines get out of hand. Many winning teams run the very same setup every race of the year, even at different, but similar race tracks.

So, let's get started developing the race day setup where we will balance the setup, create the ideal geometry front and rear, measure and refine the spring forces and tire loading and conduct a test. Once we have the car all dialed in, it will be time to go racing.